Possible to include fonts for web viewer?

Is there any way to include fonts such as “SFPro Display” to get the correct display on computers without this font?

Antetype tries to convert the used fonts into WOFF-format and bundle it into the exported web viewer. But unfortunately we can not convert all fonts. You can see the status in the Web-Viewer-Export sheet: 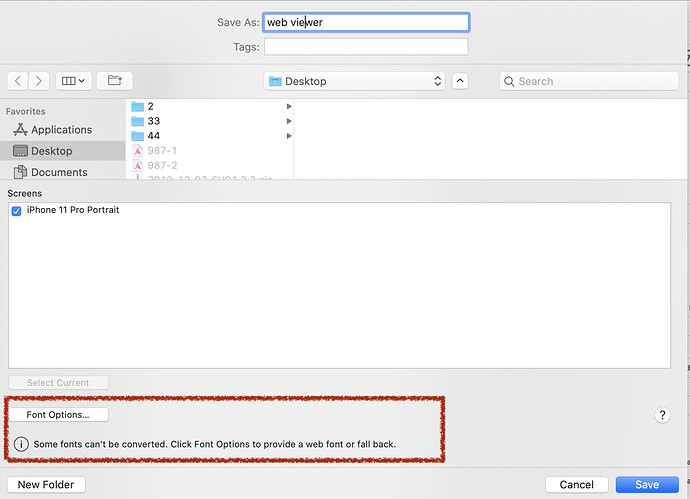 The note means, we could not convert all fonts. Clicking on “Font Options…” you can see the used fonts and their conversion status: 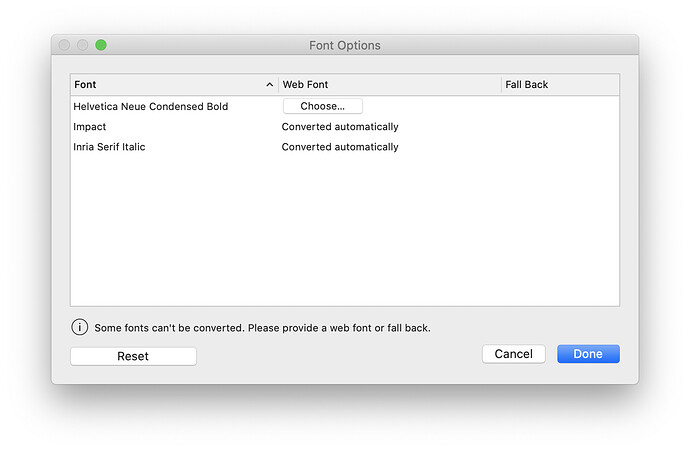 We could not convert “Helvetica Neue Condensed Bold” (but the other two Impact and Inria Serif Italic without problems). In this case you have to supply a WOFF-font manually. Generate a suitable Font, and attach it using the “Choose…”-Button: 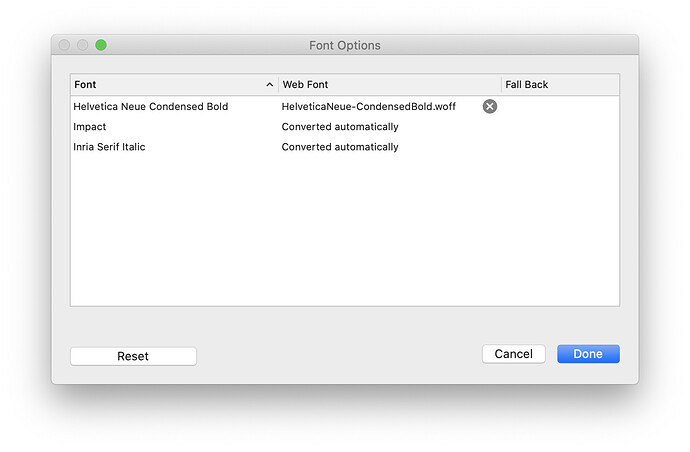 Now this font is used (and bundled) in the Web Viewer. This works for me using the “SF Pro Display” too: 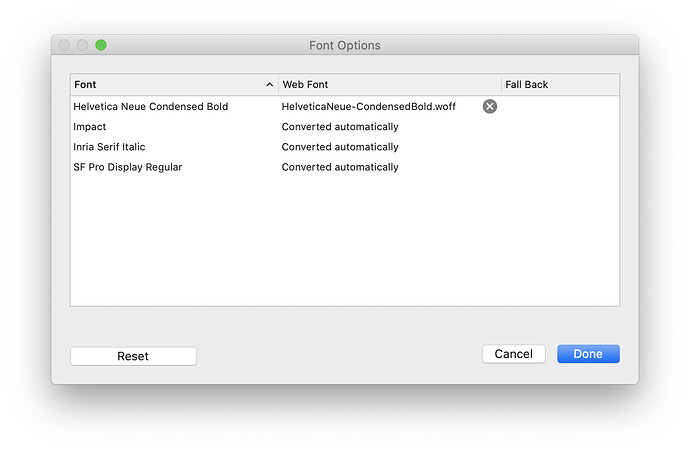 @tim I remember you had some issues with this font

In this case you have to supply a WOFF-font manually. Generate a suitable Font, and attach it using the “Choose…”-Button:

Thank you so much, Felix! Do you have a recommendation for a tool that generates .woff from my local fonts? What do you use?

I use FontForge but I am sure special converter programs exists. (FontForge is a complete Font Editor with a non-standard-gui)

The official OTF version of SF Pro Display works for me too. I just had some issues with the SF Symbols font.

I think I got that to work. It was the “System Font” that was still on some of the cells. I have since replaced it with SP Pro Display.

I just realised what the problem was (and currently still is): The web fonts are not rendered if the Web Viewer is embedded as an iFrame.

Ok, I found out what it was, in case someone else needs this info:
In the iFrame tag, this line causes the fonts to not load:
sandbox="allow-scripts"
I have now deleted it and everything is fine. Scripts are working as well (in this particular prototype) but I have a feeling I will need the config setting back in other projects.
@tim no idea if this is caused by something Antetype does but I thought I’d mention it in case you want to investigate the issue.