Some Bugs that I would love to see resolved

I’m in the middle of a large project and lest I forget here are some loosely collected effects I am seeing while working away in Antetype. (BTW not a single crash. Ever. That’s quite amazing given the complexity of my current prototype.)

Other than that, it’s fine. When is the next beta due?

I hope you are going forward well (despite the annoyances…).

Now to the bugs:

For the next update: we only have a few issues left so it should not take too long.

I did some refactoring and the project is coming on nicely now. I will share once it is finished. As for your questions:

Objects losing connections: I will try and create a test document once I am finished. If I catch something you can duplicate on your end in the mean time, I will let you know.

Live drag: Objects just snap back to where I drag them from. Even if I try with one of the supplied templates. I’m on macOS 10.15.2.

Thanks for all your help and I look forward to the next beta!

Maybe if you could make the field that contains the target resizable that would make life easier: 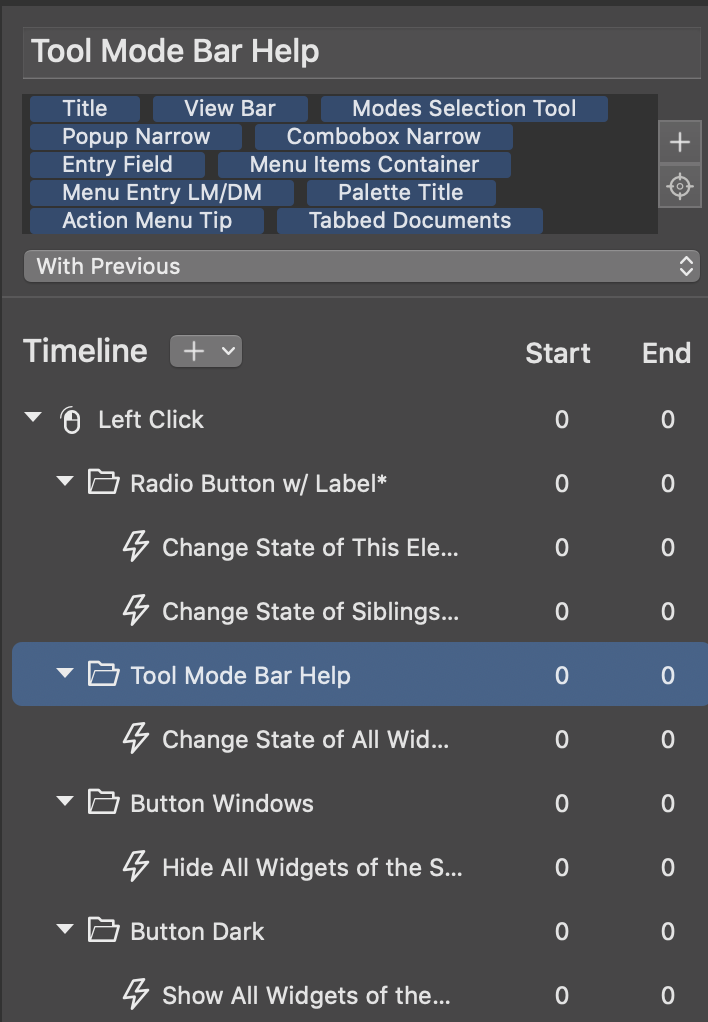 image708×1022 77 KB
Also, if the object or objects that are referenced could be highlighted in the tree by clicking on their cluster that would be awesome and could save a lot of time. What do you think?
tim January 13, 2020, 1:02pm #5

Live drag: Objects just snap back to where I drag them from. Even if I try with one of the supplied templates. I’m on macOS 10.15.2.

Hmm, strange. Please have a look at the video. Isn’t it working for you like this at all?

I just tried again. It is now working as expected. No idea what caused this before. Maybe because I rebooted my computer. Sorry about the traffic…

It keeps playing up. I have attached a movie illustrating the issue:

Duplicating with alt-drag is not supported. However, it shouldn’t break dragging in general and I can’t reproduce right now.