Update widgets only on screen

It’d be nice to be able to update widgets locally to a screen. So the actual widget definition wouldn’t change, but changes to an instance would perpetuate to other instances on the screen. Would make it easier to try out variations within a file. Maybe a job for Fscript?

Interesting idea. What do you think about the following. Say you want to try a variant of the List Item in Chat-Mobile. Duplicate the screen:

and “improve” one Widget: 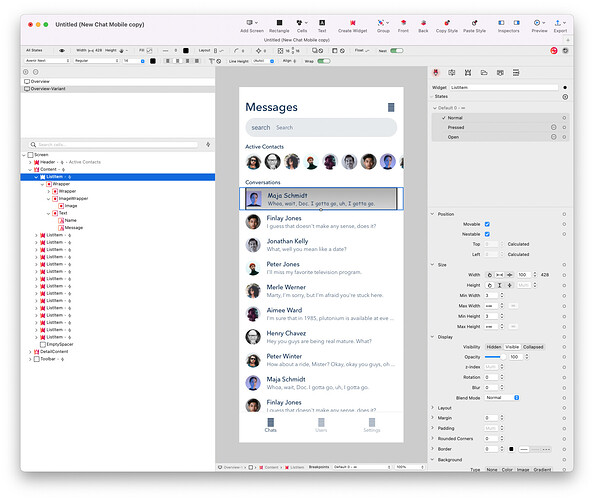 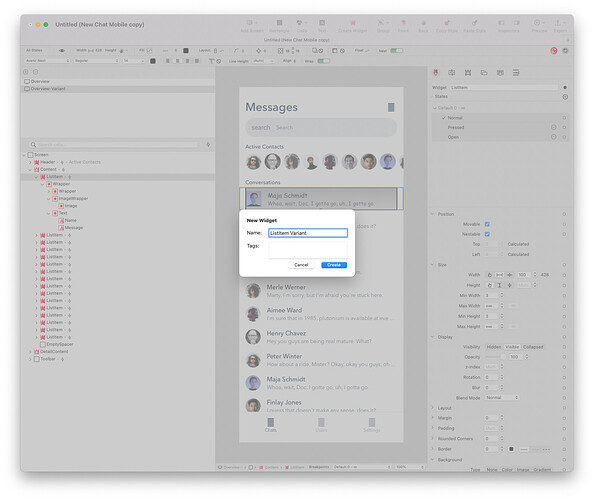 Copy it to the clipboard.

Select one of the original ones: and use the following plugin which will select all widgets of the same type on the current screen:
Select all Widgets on Screen.fscript.zip (716 Bytes) 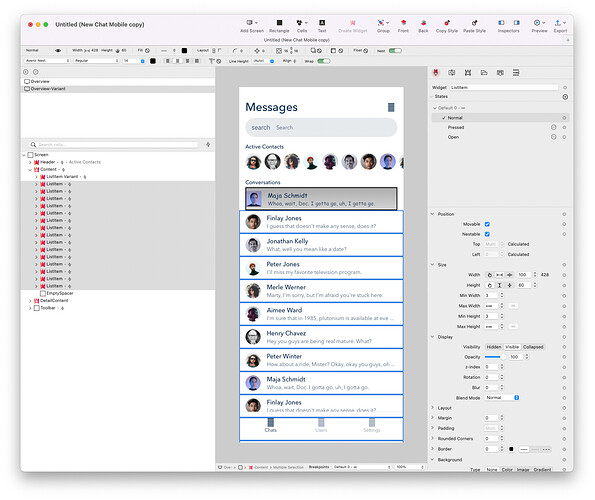 and finally use “Replace Selection with widget”: 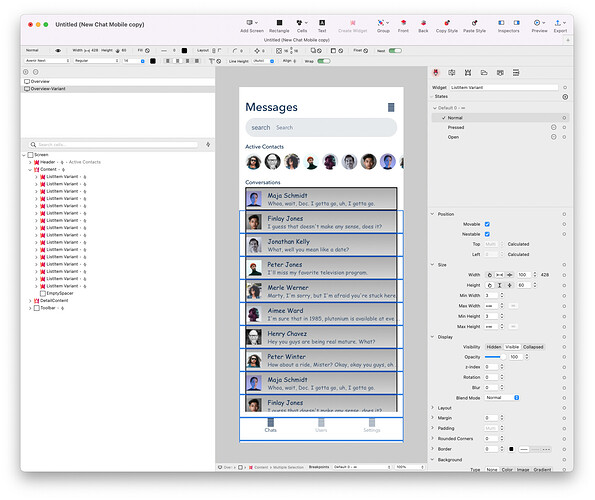 But seriously in your example: would you like that all other instances have overwritten properties according to the modified one?

Thanks for the workflow idea!

would you like that all other instances have overwritten properties according to the modified one?

Yes, that’s what I’m imagining. But I suppose that a replacement widget would work as well.